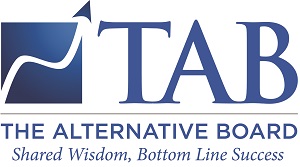 Alan is a native of North Carolina and has spent the last 30 years building and growing healthcare IT companies in the Research Triangle. He was the co-founder and president of Medic Computer Systems, a company that provided practice management and EMR systems to the physician marketplace. The company went public in 1992 and was sold to Misys LLC in 1997. At the time of the sale Medic served over 70,000 physicians and had revenues in excess of $225 million. In 2001 Alan became the CEO and President of Canopy Systems, Inc based in Chapel Hill. Canopy provided a case and care management system via the web to health systems across the US. The company rapidly became the leader in automated care management and the product was popular with many of the largest health systems in the country. In 2005 the company was purchased by A4 Systems out of Cary, NC. In 2007 Winchester became the CEO and President of RxMedic Systems, Inc. a startup robotics company in the pharmaceutical industry. The company was successful developing and building a robotic pill dispensing system for the retail pharmacy market. After building a strong base of pharmacy clients in the Southeast the company was sold in 2010 to a large national pharmacy IT company. Today Alan works with The Alternative Board providing business coaching services to small and medium size businesses.

Alan received a BS in Business from UNC Chapel Hill and earned a Master in Divinity from Southeastern Theological Seminary. He is a member of Hillyer Memorial Christian Church where he has served as a youth advisor, Sunday school teacher, Deacon and Elder. He has been married for 34 years to his wonderful wife Nora and has 3 children. Alan is an avid outdoorsman and is a lifelong fly fisherman.